He’s got the voice and so much more. Check out who won Mississippi Songwriter of the Year. 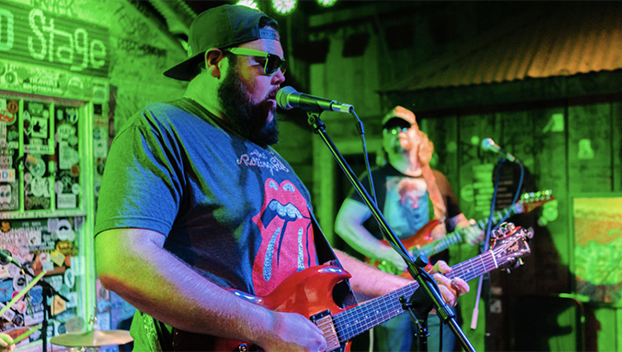 His acoustic performance of his song “Down to the River” earned him the top spot.

Tillotson, who goes by the stage name Zechariah Lloyd, said the results caught him off guard.

“I was really speechless. I didn’t know what to say,” he said. “It was a kind of ‘can’t believe I won’ type feeling, you know. But (it felt) really good.”

The competition was held at the Mississippi Arts and Entertainment Center (The MAX) in Meridian, Mississippi. The show started at 7:30 p.m. when 15 finalists performed their songs in front of a panel of judges. At the end of the performances, the judges’ points were tallied up and the winners were announced.

“There were a lot of great artists there. I was really blown away I came out on top,” Tillotson said. “Naomi Taylor, she’s from Jackson, I think she’s a great artist. She was one of the participants. And there were just a handful others that I just thought really might have taken the cake.”

The top prize includes the opportunity to record a song with producer and songwriter Billy Lawson, owner of Wishbone Recording Studio in Muscle Shoals, Ala. Lawson has written songs that have been recorded by George Strait, Kenny Rogers and Blake Shelton, to name a few.

Tillotson said he wanted to thank his friends and family for helping him get to this point.

“Just thanks to all the people that have supported me thus far,” he said. “My mom’s been a huge support. My grandfather, who passed from COVID about a year and a half ago, was always a huge guiding light on that sort of thing. (He was) trying to make sure I was pursuing this, but in the right manner.”

Jennifer Tillotson, Zak’s mother, said she is proud of her son’s accomplishments.

“I’m just overjoyed,” she said.  “I’m so excited he’s gotten some recognition for his wonderful talent and all the blood sweat and tears he’s put into his music over the years.”

Tillotson’s EP, “Heart in a Notebook,” is expected to be released sometime this August. The titular single from the album, a catchy pop ballad in the vein of John Mayer, has already been released and can be heard on Spotify and other streaming services.

The single is about lost lyrics, according to Tillotson.

“I was dating this girl. And I wrote her this four or five-page cheesy love poem song,” he said. “And I moved and I lost the notebook. Because it was so long, I never memorized the words. So when that happened she was a little upset.”

Tillotson is currently working on a music video for the single and hopes to release it shortly before the EP release. After the completion of the video and the recording at Muscle Shoals, Tillotson said he has plans to record a full-length album with producer Billy Smiley at Sound Kitchen Studios in Franklin, Tenn.