Officials: All four inmates who escaped after cutting hole in Mississippi jail roof back in custody 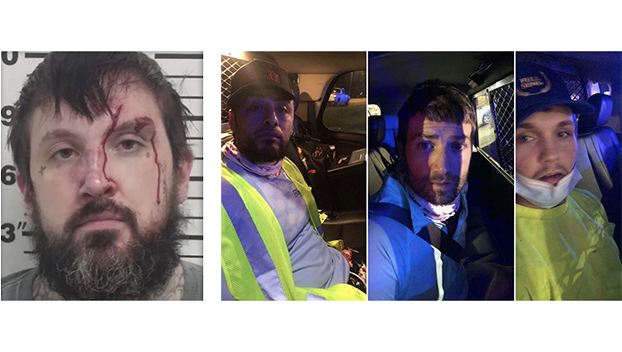 Mississippi officials report that all four inmates who escaped from Alcorn County Jail earlier Friday morning are back in custody.

Three of the inmates were caught and taken back into custody in Baton Rouge Friday night.

The fourth inmate — Landon Braudway — was taken back into custody in Alcorn County.

“At approximately 1:30 a.m. on August 6th, Alcorn County Deputies and Investigators received information about the location of escapee Landon Braudway,” the Alcorn County Sheriff’s Office reported. “The officers went to the residence here in Alcorn County and located Braudway who attempted to flee. He then attempted to fight the officers but they were able to take Braudway back into custody.”

Friday night, the sheriff’s office posted about the capture of the three inmates in Baton Rouge.

“With the assistance of the US Marshalls service, the MS Bureau of Investigation, Louisiana State Police, and the Baton Rouge Police Department Antonio Reyes, Samuel Sims, and Hunter Wigington were captured tonight in Baton Rouge, LA.,” the post on Facebook said.

The escapees were detained off of Highland and Lee Drive.

Alcorn County Sheriff’s Office said early Friday morning, the four inmates cut a hole through the roof of the jail and escaped.

Reyes was arrested and charged with capital murder for the April 2017 shooting death of a Corinth man, the Northeast Mississippi Daily Journal reported.

As a precaution, schools in Alcorn County were not allowing students to go outside for recess, WTVA-TV reported. Leaders at both school districts told the news station that extra security is being provided at all campuses.