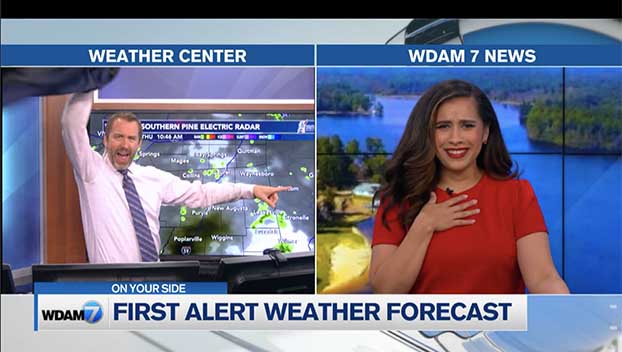 Newton-John died last week after a battle with cancer.

The video has been viewed 4.4 million times by Sunday night.

The duo mimicked the iconic song and dance number between Sandy Olsson, portrayed on film by Newton-John, and Danny Zuko, portrayed by John Travolta.

“I love the musical and I will forever channel my inner Sandy,” Pacheco wrote on Facebook where she posted the video. “As you can see, Ryan Mahan WDAM also unleashed his inner Danny Zuko!”