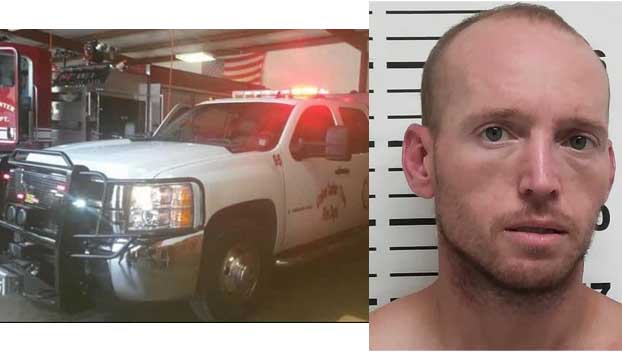 A Mississippi man was arrested this week and charged with stealing a fire truck on September 11.

The truck was stolen on September 11, sheriff’s investigators said.

Wilbanks was charged with grand larceny along with three counts of burglary for other crimes that occurred in the same time frame as the truck theft.