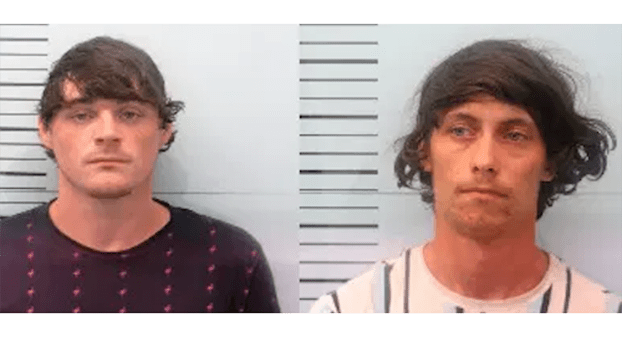 In the early morning hours of Sept. 27, Lafayette County Sheriff’s Deputies conducted a traffic stop on a suspicious vehicle after the vehicle was seen at a Church in the Harmontown community.

Deputies made contact with three individuals and after further investigation, it was determined that the two male occupants of the vehicle were in possession of burglary tools.

Deputies arrested the two suspects and transported them to the Lafayette County Detention Center.

Investigators were notified of the incident and began interviewing the suspects. After conducting an investigation, investigators determined that the two individuals had allegedly been involved in recent catalytic converter thefts from several churches in the county.

Investigators were also able to notify several surrounding agencies regarding converter thefts in their areas.

Investigators charged Dallas Holcomb, 26, of Batesville, and Dustin Sena, 20, of Sardis with three counts of Felony Malicious Mischief and one count of Possession of Burglary Tools.

Holcomb and Sena are currently being held at the Lafayette County Detention Center.

Holcomb is also being held on a Mississippi Department of Corrections Hold. The investigation is still ongoing, and more charges could be filed at a later date.