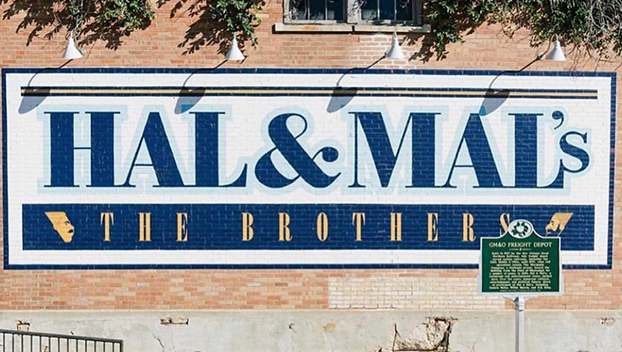 An iconic Mississippi restaurant changing ownership after 37 years of serving up good food and good times in Jackson.

Malcolm White is pleased to announce new ownership for his beloved establishment, Hal & Mal’s. This transition is an investment in the preservation of the Hal & Mal’s legacy. Damien Cavicchi and Mary Sanders Ferriss Cavicchi will take the reins of the Jackson staple beginning November 1, 2022, with continued involvement and dedication from Malcolm.

For 37 years, Hal & Mal’s has served as an anchor of downtown Jackson, dishing up tasty local cuisine with a hearty helping of live music and events. Malcolm and his late brother Hal established the downtown Jackson favorite in 1985, and it has long been the go-to spot for gathering and good times, for local and visitors alike. The new owners will partner their vision of spirited cuisine and programming with the longstanding Hal & Mal’s traditions of great live music, cherished social events, and good fun.

“Hal & Mal’s has been much more than a business for all these years,” says Malcolm. “This is our family legacy and this transition isn’t one we have taken lightly. We believe the treasure that is Hal & Mal’s is in good hands with Damien and Mary Sanders.”

“There is hardly anything more authentically Jackson than Hal & Mal’s,” says Damien. “Malcolm, Hal & the White family created a space that celebrates the rich culture of not just our city but also our state. By continuing the tradition of good music, eclectic cuisine, and an overall good time we are excited to bring the energy of Hal & Mal’s to future generations of Jacksonians.”

The Cavicchis are anything but strangers to Jackson and know the important role this establishment plays in the city.  Damien is a celebrated chef who has most recently served as the Director of Culinary Operations and Executive Chef at the Country Club of Jackson. His extensive culinary career includes working as the Executive Chef at the historic Biltmore Estate in Asheville, North Carolina, as well as owning Asheville restaurants Clingman Café and Sugo.

Mary Sanders is the owner of Ferriss & Company, a Jackson-based interior design and branding development firm. Ferriss & Company’s work can be found at local restaurants including Tuk Tuk Boom, Sal and Mookie’s, and Aplos, among many others.

Together, the couple recently acquired another Jackson mainstay, Campbell’s Bakery in Fondren.

Hal & Mal’s will continue to operate as usual with the goal of expanding evening and weekend hours. “It is and will be the same place everyone knows and loves,” says Malcolm.