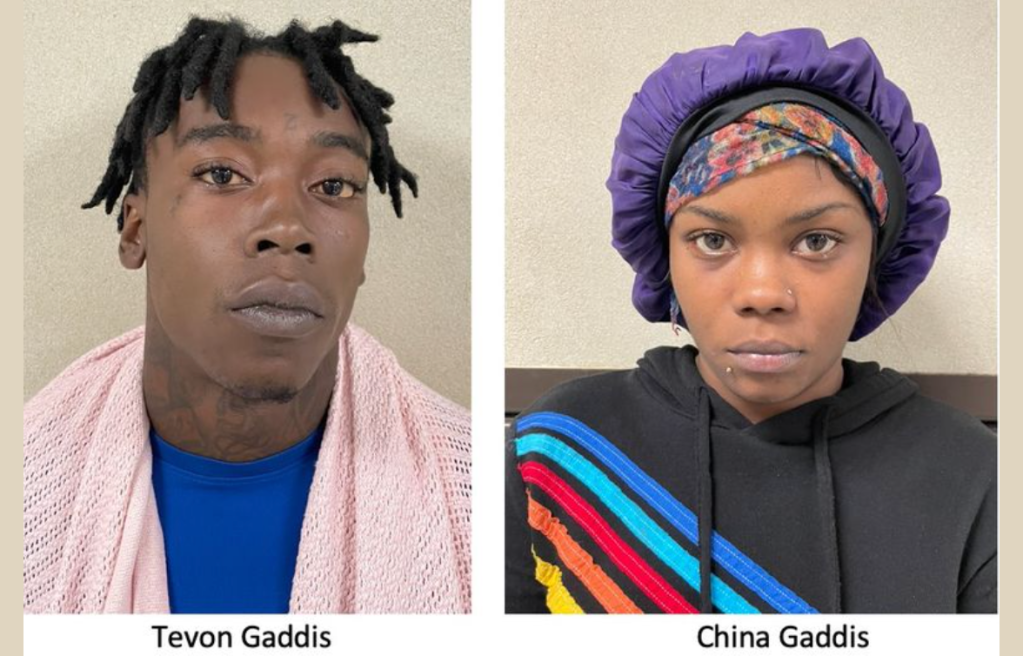 A brother and sister — both convicted felons — were arrested in connection with a weekend shooting in Hattiesburg.

On Monday, Nov. 7, Hattiesburg Police charged Tevon Gaddis, 31, and China Gaddis, 23, in connection to a shooting incident that occurred on Sunday, Nov. 6, in the 300 block of Martin Luther King Avenue.

Officers responded to a report of a disturbance, and later learned a vehicle had been shot. There were no injuries in the incident.

The two were taken into custody Monday afternoon, and charged with the following:

Tevon Gaddis, 31, of Hattiesburg, who is currently on probation with MDOC, has been charged with aggravated assault, possession of a weapon by a convicted felon, and one misdemeanor count of malicious mischief.

China Gaddis, 23, of Hattiesburg, who is also currently on probation with MDOC, has been charged with possession of a weapon by a convicted felon.

Tevon and China, have been transported to the Forrest County Jail for booking.