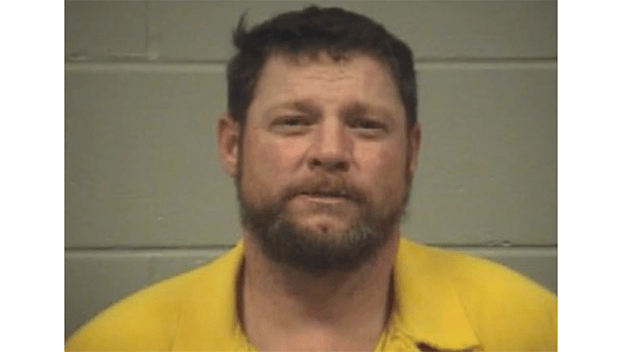 A man has been sentenced to 21 months in prison for faking his own death in Alabama to avoid criminal charges of impregnating a teenage girl in his home state of Mississippi.

Scott was facing charges in Mississippi in July 2018 when he rowed a boat into the Gulf of Mexico off the coast of Orange Beach, Alabama. Investigators said he left a gun and a suicide note. The Coast Guard searched for a body for more than a week.

The U.S. Marshals Service captured Scott in early 2020 at an RV park in Antlers, Oklahoma, where he was living under another person’s name.

Scott is from Moss Point, Mississippi. When he absconded in 2018, was scheduled to appear in Mississippi for a contempt-of-court hearing related to a 2017 indictment on charges of sexual battery, touching a child for lustful purposes and child exploitation. He had been set to plead guilty to the charges, which involved a 14-year-old girl he impregnated when he was 40.

In June of this year, a Mississippi jury convicted him of multiple sexual battery and child abuse charges. A judge sentenced him to 85 years in prison without possibility of parole.

Scott’s accuser tearfully testified about how he had sexually assaulted her at least 30 times over several months beginning in 2016 and ending in 2017 when she learned she was pregnant.

In August, Scott pleaded guilty to federal charges of sending a false distress call that led to a Coast Guard search, illegally shipping weapons across state lines and giving false information, according to court records.

Scott’s federal plea agreement said he left several suicide notes in Mississippi, including one that told family members not to change their phone numbers for a year. He also withdrew $45,000 from his bank account before he disappeared, according to the plea document.