Photos, video released of suspects who stalked victims in Mississippi Kroger, then shot them in parking lot 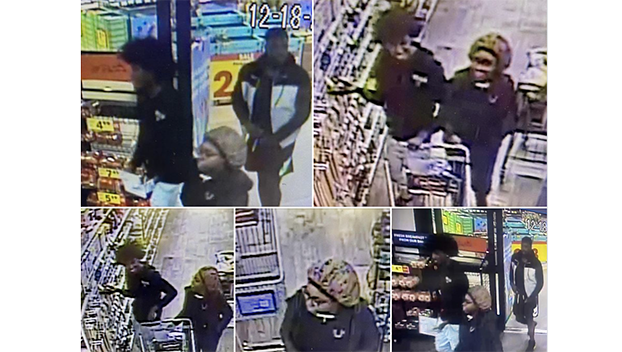 Photos and videos of a shooting in the parking lot of a Kroger grocery store in Jackson have been released in hopes that the public can assist with identifying and capturing the suspects responsible for the incident,

The Hinds County Sheriff’s Office needs the public’s assistance with identifying and capturing the suspects in these photos and videos.

On the night of Dec. 18,  at approx. 7 p.m., deputies responded to and investigated a shooting in the parking lot the Kroger on I-55 N.

A black male and black female were shot in a four-door vehicle in the parking lot. The male is listed in critical condition and the female is in stable condition.

The victims appeared to be targets for unknown reasons.

The suspected shooter is pictured wearing a black and white jacket when he approaches the vehicle and fires multiple shots through the front glass and front windshield.

He fled on foot and later got into a dark-colored vehicle occupied by the pictured black female and the tall black male with bushy hair.

Before the shooting, the suspects stalked the victims while they were shopping in the store and it appears that the female was taking pictures of them while they shopped.

Anyone with any information regarding the identity and/or location of the suspects responsible for this incident is urged to contact the HCSO at 601-352-1521 or Crimestoppers at 601-355-TIPS (8477).